Ethics can be tricky.

The original story can be found here, but I’ve reprinted it below for you:

As he left for a visit to his outlying districts, the jealous Baron warned his pretty wife: “Do not leave the castle while I am gone, or I will punish you severely when I return!” But within a few hours of the Baron’s departure the lonely, young Baroness became restless. Despite her husband’s warning, the Baroness decided to visit her lover who lived in the countryside nearby. The castle was located on an island in a wide, fast flowing river with a drawbridge linking the island and the land at the narrowest point in the river.

“Surely my husband will not return before dawn,” she thought, and ordered her servants to lower the drawbridge and leave it down until she returned. After spending several hours with her lover, the Baroness returned to the drawbridge, only to find it blocked by a madman wildly waving a long, cruel knife. “Do not attempt to cross this bridge, Baroness, or I will kill you,” he raved. Fearing for her life, the Baroness returned to her lover and asked for help.

“No, you have said this relationship was purely hedonistic. There were no strings” said the lover.

The Baroness then sought out a boatman on the river, explained her plight to him and asked him to take her across the river in his boat.

“I will do it, but only if you pay me my fee of five Marks.” Said the boatman.

“But I have no money with me!” The Baroness protested.

“But I am poor and if I do not collect my fee my family will starve” the boatman said flatly.

Her fear growing, the Baroness ran crying to the home of a friend, and after again explaining the situation, begged for enough money to pay the boatman his fee.

“If you had not disobeyed your husband, this would not have happened,” the friend said. “I will give you no money.”

With dawn approaching and her last resource exhausted, the Baroness returned to the bridge in desperation, attempted to cross to the castle, and was slain by the madman.

Who is to blame?

Make a list from one to six and rank culpability for the baron, the baroness, the lover, the boatman, the friend and the madman.

This story is often used to illustrate victim blaming in gender or race studies, and I do see that (especially in this rendition), but when I was first told the story there were several changes that absolutely changed the interpretation. We’ll get that, but first…

The Lesser version: the Trolley cart

You are commanding a lever for train track. This track forks into two paths, one path with five people tied to it, and one with one person tied to it.

Who do you kill?

I’m going to go on record here and say that I think this is the dumbest thought experiment ever, and fill a large portion of this section with memes. Because this stupid experiment sucks.

There are a few variations, which I suppose I should mention. One is that you are now on the trolley with a fat guy and you see five people tied to the track. The trolley is moving too fast and only a large, massive body would be able to stop it.

Do you throw the fat guy in front of the trolley to stop the train or kill the five?

And the last variation: you are a surgeon and your first patient is perfectly healthy and is an organ donor. Your next five patients are all dying of different, organ specific illnesses (patient one has liver disease, patient two has heart disease, etc).

Do you kill the health patient, harvest his organs and save the other five patients?

Why this thought experiment is more interesting

I’ve made no effort to hide my hatred for the stupid Trolley problem, mostly because Intro to Ethics was literally and unironically that problem for the first 2/3rds of the semester. But it’s also because I think the Trolley problem is limited. It asks only “How do you optimize human life?” whereas the Drawbridge exercise asks more relevantly “What is justice” and “How do you optimize for justice?”

A similar variation of the Trolley problem comes from the Effective Altruism movement. Will MacAskill, founder of the movement, asks who you would save if you were in a burning building, a child or a priceless Monet painting? MacAskill says you should take the painting. Because, if you take the painting, you could sell it and use that wealth to save thousands of children’s lives.

His argument is that we live in a world that has moved so quickly that old understandings of morality are no longer relevant. This is why taking the painting feels invariably wrong, if you are of upright ethical standing.

Maybe you are a sociopath that doesn’t see a difference. I tend to agree with this belief, but I think asking the everyman to see through the shroud of confusion borne out of this hyperreal construct is too much to ask. I also think that modern life introduces many ‘buffers’ that muddy our understanding of conventional morality. In MacAskill’s example, its money. In the surgeon’s case, it the organs and possibly time (the time of the surgery to extract the organs will always be non-trivial).

While the Trolley problem does offer an interesting critique of the modern era, it isn’t very relevant. How often are you forced to choose between a dying child and a priceless painting? But matters of justice are tantamount to everyday life. We are bombarded with questions of justice daily, like when is it okay for an officer to use lethal force? Or when does a threat become credible enough to warrant defensive preemptive measures? I’ll be the first to admit the context in which we must carry these conversations is sad. But it’s also why I think we should approach these questions with some clear sight of what we want to achieve and I think we should strive for justice.

To that end, justice is complicated and in my opinion incapable of study because it is so alive. That is partially why I often suggest microcosms and the Dialethetical method to address living, growing, complexity-laden constructs. I think the Drawbridge exercise fits this bill quite well.

The baron could be taken as a stand in for any top-down regime. It could be a political system, capitalism, socialism, organized religion, racism, the patriarchy, the matriarchy, any system that asserts authority. The madman is any situation that absolves culpability and is most necessary to maintain the fact that this proposed scenario has no right answer. Switch out the madman with any other character and we can immediately lay blame at their feet.

When I originally heard this story, there were two lovers. Both lovers were told previously by the baroness that the relationship was purely physical. When the baroness is trying to find sanctuary, Lover one feels jilted by these rules and rejects out of anger. Lover two reminds her of her own conditions (similar to how it was told earlier) and rejects her. Spirit of the law or letter of the law – which is worthier of blame? 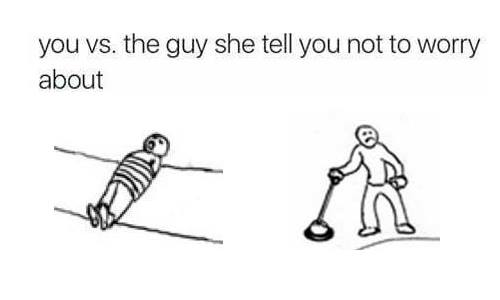 The version I copied the story from actually had it so that the baroness went out to visit her ailing mother. Does the intention of the visit have an effect on the culpability of the crime? Should it? The intent of the visit didn’t have any effect on the madness of the knife wielding stranger, right? There are so many ways you could change the Drawbridge exercise and it would totally change your list. What if the boatman explicitly said, “If I bring you to the baron, he might give me a reward!” and the baron orders the baroness to be executed? Is the blame on the boatman or the baron?

Aside from the obvious victim-blaming element of this exercise, I think it offers legitimate insights into our notions of justice. Definitely more than two and a half months on the dumb Trolley problem and another month on Socrates running around Athens and wondering “What Is Justice?” – at least this exercise fosters engagement.

Just a monkey on a rock, floating through space View all posts by totemandtoken

David Simon – the Audacity of Despair

Tim Urban – Wait but Why?